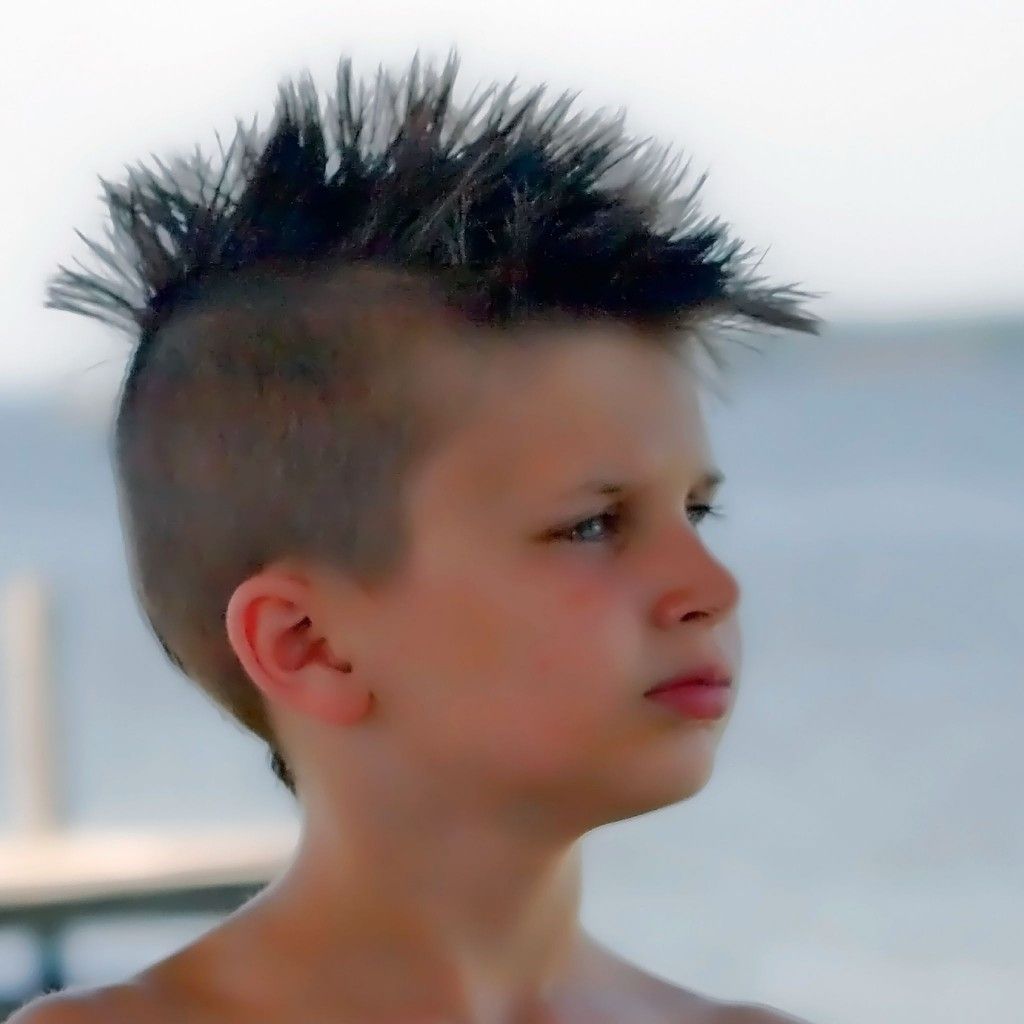 Mamma Makes a Mohawk Mistake….Or Does She?

On our way from Maryland, where I was born, to Arkansas, where I grew up, my family lived three years in central Indiana, near Marion, because Mamma had relatives in the area. Daddy had sold his share of the tobacco and dairy farm in Maryland to his brother, and in Indiana he worked three different farms that were owned by others, and we lived on them. Daddy was hoping to use the money from the Maryland deal to buy a new farm and get a fresh start. But, in the meantime, we were trying to get by on a shoestring, so to speak. The first of these farms was where this true story took place.

My brother, Johnny and I were about six and five years old, respectively, and a couple of cute little towheads we were, if I do say so myself.  Summer came, and it was time to have our hair cut shorter to coincide with the warmer weather in store. To save money, Mamma was the family barber, cropping off our hair with a pair of mechanical hand-held clippers. She did a right good job of it too, if I may say so. That is, until this particular haircut.

Mamma said that she would cut it any way we wanted it, and asked how we wanted it done. Now, somehow, Johnny and I had found out about a new haircut called a “Mohawk”, and, in our opinion, that was the haircut to have. So, we told her we wanted a “Mohawk.” She looked puzzled, and asked “What’s a Mohawk?” We explained that a Mohawk is the hair style worn by Mohawk Indian warriors, and it looks really neat. You just cut off all the hair as close to the scalp as possible, except for a two-inch strip right in the middle where you leave it about an inch or two long, running from the forehead, over the top of the head and all the way to the back of the neck. The strip of longer hair in the middle is then trained to stand straight up, like a Mohawk warrior’s. To make sure there was no confusion, we used hand gestures to illustrate: leave a strip of long hair right in the middle and cut the hair on both sides as short as possible. Mamma repeated it back to us, and everything seemed to be in order; we were going to get Mohawk haircuts!

Or so we thought. She started with me first, and her first cut was right down the middle, instead of anywhere but the middle! I yelled “What did you do? I wanted it cut just the opposite of that!” She seemed confused and surprised that she had gotten it exactly backwards, but there was nothing she could do to make it right, now. After Johnny and I had finished objecting loudly, Mamma asked “Well, what do you want me to do with it now?” Having been left with no attractive alternative, I grudgingly replied, “There’s only one thing you can do now: just cut it all off as short as the middle, and we’ll have to go around looking bald-headed all Summer!” So, that’s what she did, looking a bit too self-satisfied to suit me. Now Johnny and I were only 17 months apart in age, and we were used to doing things together. So, when Mamma was finished “shaving” my head, he opted to have her do the same with his, so that, at least, we would look alike. Needless to say, Johnny and I both went around all summer looking like bowling balls instead of Mohawk warriors!

We never did find out for sure whether or not Mamma really did misunderstand our instructions for a Mohawk, or if she was, instead, thinking it would be a clever trick to play on us to make the first cut down the middle just to see our reaction. What was clear, though, was that she didn’t share our chagrin when her “mistake” was discovered. But I must confess, in retrospect, that before long Johnny and I grew to like the shaved-head look; we thought it made us look even cuter than ever! And maybe, just maybe, that’s what Mamma had in mind all along.