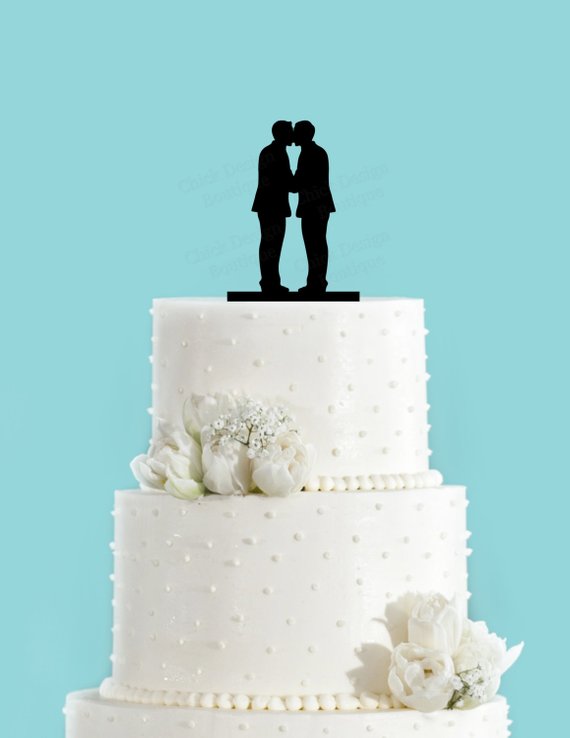 “Woe to those who call evil good and good evil, who put darkness for light and light for darkness, who put bitter for sweet and sweet for bitter.” (Isaiah 5:20)

The Christian church today is under attack by two campaigns within the homosexual movement. One of these campaigns is the development and promotion of “gay theology”, with which I dealt in a previous article in this series (click Here). The other campaign is the push for so-called “gay marriage”. This attack flows naturally from the first, for if there really is nothing wrong with homosexual behavior in God’s eyes (as per “gay theology”), then God must surely approve and sanctify gay “marriage”; why would He not? So, let’s take a look at whether or not the Bible supports the notion of gay “marriage.”

Use of the Word “Marriage” in the Bible

Who Gets to Define Marriage?

Oops, sorry; God’s already done that! In Genesis 1:27-28, the Bible says “So God created mankind in his own image, in the image of God he created them; male and female he created them. God blessed them and said to them, “Be fruitful and increase in number; fill the earth and subdue it”. And in Genesis 2:23-24, “The man said, “This is now bone of my bones and flesh of my flesh; she shall be called ‘woman,’ for she was taken out of man.” That is why a man leaves his father and mother and is united to his wife, and they become one flesh.” We see here that God’s original design for human sexuality was heterosexuality, since He created them male and female and gave them the task of filling the earth. Then He defined marriage as the union of a man and a woman, as evidenced by His referring to Eve as Adam’s wife. And in Matthew 19:4-6, Jesus confirmed the definition of marriage in Genesis 2: “Haven’t you read,” he replied, “that at the beginning the Creator ‘made them male and female,’and said, ‘For this reason a man will leave his father and mother and be united to his wife, and the two will become one flesh’? So they are no longer two, but one flesh. Therefore what God has joined together, let no one separate.” Marriage is God’s invention, and He holds the patent on it, so to speak. Marriage belongs to God, and only He has the authority to define its parameters (which He did, as shown above), and only He has the authority to change those parameters (which He has not done).

Does God Approve of Gay “Marriage”?

Gay theology claims that the answer to this question is “Yes.” If it were true that God does not condemn homosexual behavior as sin in the  context of a loving, committed and enduring homosexual relationship, then they would be right about that. However, as I have shown in another article in this series (click HERE), the Bible really does say that homosexual behavior is wrong in any context, because homosexual acts are sinful in and of themselves (Romans 1:26-27). And that is the the first and most basic reason that God does not approve of gay marriage. Nevertheless, it is instructive to look at the implications of this claim. If God approves of gay “marriage”, then, because He is fair and just, would He not also approve if a man were to marry his sister (incest) or if a woman were to marry her dog (bestiality), since these relationships can also involve a loving, committed and enduring relationship?  But, in fact, God condemns both incest and bestiality as sexual sins. So, why should we believe that God views homosexual sins any differently in this regard? Furthermore, if God approves of gay “marriage”, then would He not have said so when He originally defined marriage in the Old Testament and confirmed that definition later in the New Testament? Surely the all-knowing God — the One who knows the end from the beginning — would have given guidance on that point for all future generations, were it a valid point. In reality, the Bible does not specify any acceptable context for homosexual behavior. Why? Because in God’s eyes, there is none. But it does specify an acceptable context for heterosexual behavior; God calls it marriage.

When reading this section, please keep in mind that much of the information here is based on averages within a population and does not necessarily characterize a particular homosexual person or couple. The advocates of gay marriage want us to believe that gay marriage is the equivalent of straight marriage, but is it, really? Let’s take a look: 1) Sexual relations in straight marriage involve body parts that God designed for each other, whereas sexual relations in gay marriage involve body parts that God designed for vastly different purposes; 2) God approves of and blesses straight marriage, but He doesn’t even recognize gay “marriage” as being legitimate, because it doesn’t meet the requirements of His definition; 3) straight marriage can fulfill God’s primary purpose for sexual intercourse by producing children to “fill the earth”, whereas homosexual “marriage” cannot; 4) heterosexual marriages last much longer than do homosexual relationships; 5) adults who were raised in gay households are 12 times more likely to self-identify as gay than adults raised in heterosexual households, 6) 58% of the children of lesbians and 33% of the children of gay men self-identified as homosexual as adults (compared to only 2%-3% self-identified adult homosexuals in the general population); and 7) children raised by homosexual parents are more likely than those raised by heterosexual parents to suffer from poor impulse control, depression, suicidal thoughts, require mental health therapy, choose cohabitation, be unfaithful to partners, contract sexually transmitted diseases, be sexually molested, have lower income levels, drink excessively and smoke marijuana (click HERE). And now we can add to this list that children being raised by same-sex couples are 35% less likely to make normal progress through school than are children being raised by heterosexual married couples (click HERE). True equality is a state of being; it is not something that comes by repeating a (false) mantra ad nauseum or passing a law. The state of being of gay marriage when compared to that of straight marriage is one of inequality, not equality.

Are There Two Kinds of Marriage?

There seem to be emerging two definitions of marriage in our culture, at least in the minds of some. “Legal marriage” can be the state-sanctioned union of a man and a woman, a man and a man or a woman and a woman. But hey, why stop there? If the state really can re-define “marriage”, why not marriage of a brother and his sister, or a woman and her dog, or whomever with whatever? But I digress. For purposes of this discussion, the other kind of marriage is “biblical marriage”, which is real marriage as defined by the God of the Bible. Use of the term “marriage” to signify anything other than the union of one man and one woman is an illegitimate use of the term, because God, the author of marriage, has already defined and used that term, and the last time I checked, He hasn’t changed His mind! Our culture may refer to homosexual unions as “marriage”, but God still calls them sin. Merely calling it marriage doesn’t make it marriage, any more than hanging out in a garage makes you a car!

So, Did God change His Mind?

The answeer to this question is short, simple and unequivocal: “I the Lord do not change.” (Malachi 3:6); “Every good and perfect gift is from above,coming down from the Father of the heavenly lights,  who does not change like shifting shadows.” (James 1:17); “God is not human, that he should lie, not a human being, that he should change his mind.” (Numbers 23:19). So no, God did not change His mind about marriage.

I suggest that those of us who really do care what the Bible says may want to re-think all of this and begin to use the term “biblical marriage” for those unions that meet God’s criteria. At least that gives me some small degree of satisfaction. If you are a “married” Christian who is practicing homosexuality, I invite you to look into these matters more thoroughly and honestly for yourself, and re-think that. And finally, it would be worth your while to take a look at the recommended links, below, and learn more about this important, contemporary, moral issue.

Here’s how to do a study of the Hebrew and Greek root words used in the Bible to express God’s views on homosexuality, without being a Hebrew or Greek scholar yourself: 1) find online and open “Strong’s Exhaustive Concordance” at “Bible Study Tools” (click HERE); 2) follow the instructions given in the introductory pane; 3) check the “Strong’s Numbers” box at the top right of your reading pane to view the Hebrew and Greek lexicons using Strong’s Concordance numbers; 4) enter, in turn, the following Bible verses — Genesis 19:5 with Jude 1:7; Leviticus 18:22; Leviticus 20:13; Romans 1:26-27; I Corinthians 6:9-10; and I Timothy 1:10 — and click on the respective highlighted words (hyperlinks) to access the appropriate lexicon and read the meaning of the Hebrew or Greek words given in English. You can toggle between the King James Version (KJV) and the New American Standard (NAS) version. You will find, as expected, that wherever homosexual behavior is mentioned, it is consistently condemned as sin, abomination, per-version, etc. And understand that later English versions of the Bible, such as the NIV and NAS, consulted the ancient Hebrew and Greek manuscripts, rather than relying on the KJV. The claim of gay activists, that the Bible does not condemn homosexual behavior, is nothing but pure fantasy and wishful thinking, as you can see for yourself.

“If, as in Norway, gay “marriage” were imposed here by a socially liberal cultural elite, it would likely speed us on the way toward the classic Nordic pattern of less frequent marriage, more frequent out-of-wedlock birth, and skyrocketing family dissolution. In the American context, this would be a disaster.” —  Stanley Kurtz

10 reasons why the government is wrong to redefine marriage. (click HERE)

Responses to false claims concerning gay marriage and the Bible…