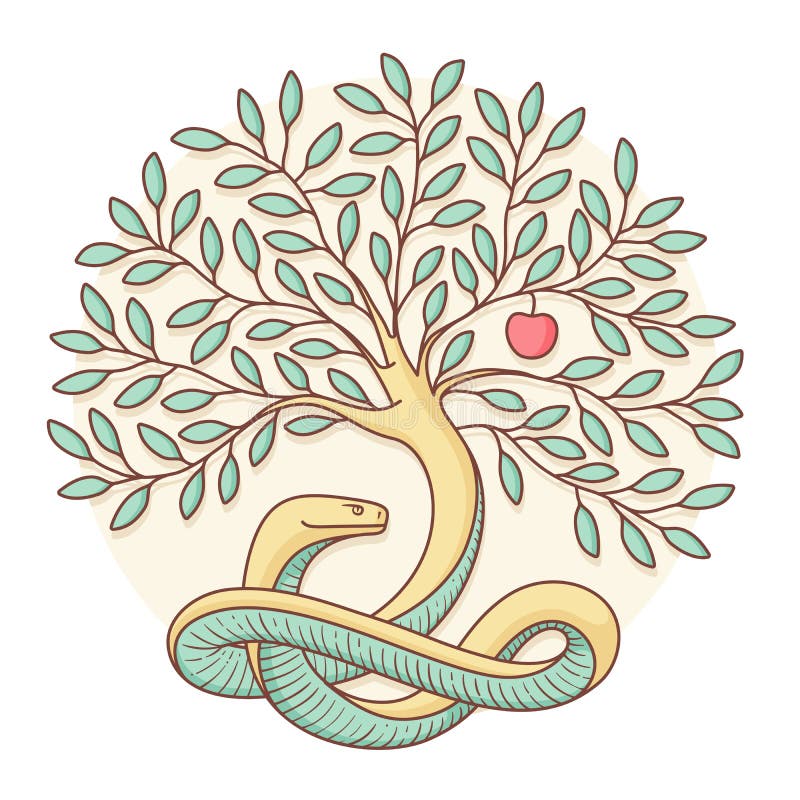 The “Knowledge of Good and Evil” Ruined Everything!

For the longest time, I read right through Genesis 3:1-7 not really understanding what the tree of knowledge of good and evil was about. After all, isn’t it essential for us to know what is good and what is evil in order to obey God?  So what is it about us knowing good and evil that upset God so much that He cast Adam and Eve out of the Garden of Eden for it? Then one day, I read in a book an explanation of it that made all kinds of sense to me. And, it truly does explain a lot!

Let’s begin by reproducing Genesis 3:1-7 here: Now the serpent was more subtle than any beast of the field which the Lord God had made. And he said to the woman, “Has God said, ‘You shall not eat of any tree of the garden’?” And the woman said to the serpent, “We may eat of the fruit from the trees of the garden; but from the fruit of the tree which is in the midst of the garden, God has said, ‘You will not eat of it, nor will you touch it, or else you will die.’ ” Then the serpent said to the woman, “You surely will not die! For God knows that on the day you eat of it your eyes will be opened and you will be like God, knowing good and evil.” When the woman saw that the tree was good for food, that it was pleasing to the eyes and a tree desirable to make one wise, she took of its fruit and ate; and she gave to her husband with her, and he ate. Then the eyes of both were opened, and they knew that they were naked. So they sewed fig leaves together and made coverings for themselves.

Next, let’s unpack this passage, point by point, and “Fact Check” each claim:

Claim # 1: Now the serpent was more subtle than any beast of the field which the Lord God had made. True. This claim that Satan uses subtlety to entice his victims is confirmed elsewhere in the Bible (e.g., 2 Corinthians 11:14, Ephesians 6:11 and Revelation 12:9);

Claim # 2: And the woman said to the serpent, “We may eat of the fruit from the trees of the garden; but from the fruit of the tree which is in the midst of the garden, God has said, ‘You will not eat of it, nor will you touch it, or else you will die.’ ” True. In Genesis 2: 16-17, God gives this very same instruction to Adam, before Eve was created. They have no excuse;

Claim # 3: “You surely will not die! False. Satan is lying here, in order to set Eve up for the accusation against God that follows;

Claim # 4: “…God knows that on the day you eat of it your eyes will be opened…” True. Satan begins with the truth, in order to make the lie that follows more easy for Eve to accept as being also true, but he doesn’t tell her the whole truth;

Claim # 5: “…you will be like God, knowing good and evil.” Patently False and not really True! Herein lies (pun intended) the subtle deception. Satan himself was driven by his ambition to be like God (Isaiah 14:14), so he tempts Eve with the same ambition. But, in reality, no created thing can ever be like its creator; not Satan, not Eve. (I doubt that Eve was aware of that fact.) Then, he says she will become aware of good and evil, like God is, and she did (Genesis 3:22). Well, sort of. God’s awareness of good and evil included His authoritative determination of what actually is good and what actually is evil, whereas Eve’s awareness of good and evil was nothing more than her personal opinion, without any authority to actually determine what is right and what is wrong. In other words, her believing that she had been given the last say as to what is right and what is wrong was nothing more than a subtle delusion. Moreover, now that she was aware of good and evil, she was responsible to God for honoring His moral code. Ouch!

So, “How has that delusion ruined everything?”, you might ask. Well, in a nutshell, this delusion is at the heart of every manifestation of mankind’s rebellion against God (i.e., sin), from the Garden of Eden until now; this delusion that it is OK for every man to do what is right in his own eyes (cf., Judges 21:25); this delusion that there is no “higher moral authority” to which we will be held accountable; this delusion with which every human being is born, the “sin nature” that we all have inherited, somehow, from Adam; this delusion that has caused the whole creation to groan and travail in pain together until now (Romans 8:22).

All was “very good”  between God and man in the Garden of Eden (Genesis 1:31) until Adam and Eve believed a lie of the devil; namely, that they could usurp God’s moral authority to determine what is good and what is evil. That’s when the trouble began. But, “Whatever the Lord pleases, He does in heaven and on earth…” (Psalm 135:6). In the fullness of time, He will end all rebellion against His absolute moral authority and reign on the earth in righteousness and peace, forever. The good news for mankind is that all who accept Jesus Christ as their Lord and Savior will rule and reign with Him. Will you be there?